Trending
You are at:Home»Parks»CSEA members step up to the plate at baseball stadium

CSEA members step up to the plate at baseball stadium

POMONA — The New York Boulders’ 2020 baseball season at Palisades Credit Union Park was a swing and a miss when the team, part of the independent Frontier League, was forced to suspend its season due to the COVID-19 pandemic.

CSEA members who maintain and operate the town-owned stadium are now working hard to ensure 2021 is a home run, both for the Boulders and the college teams and other groups that use the facility, efforts that include COVID-19 safety measures.

Since the inaugural Boulders season in 2011, Town of Ramapo Unit members have played a vital role at the stadium, including keeping the field in top shape, doing mid-game maintenance and even providing fire safety expertise for the Boulders’ post-game fireworks displays.

Preparation really kicks off in early spring, before the season begins. CSEA members are charged with cutting, irrigating, and overseeding the field, as well as installing sod when needed. 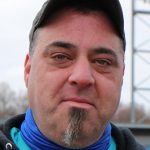 “When we have games, we pull the whole grounds crew from our Recreation Department,” said Rockland County Local President Chris Vogel, a parks maintenance supervisor at the town whose job duties include overseeing the stadium. “At the fifth inning, we do a hard drag of the infield clay.”

Most of the action happens before the game. Workers line the field, water down the infield clay, prepare bullpens and more.

Workers from other town departments are often on deck to help when needed. The town’s fire inspectors are not only available when large crowds are at the stadium, they’re also the ones keeping patrons safe during fireworks displays. 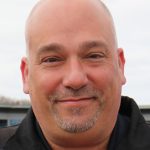 “If there’s a major gathering, I’m here,” said Town of Ramapo Unit President Adam Peltz, a town fire inspector. “We do a fireworks inspection before the game. That includes checking the [fireworks company’s]inventory, making sure things are properly installed and waiting at least 20 minutes afterward to make sure there are no hang fires.”

Outside of baseball, the stadium is a popular community gathering spot, hosting teams playing flag football, kickball and lacrosse. The parking lot is a popular spot for residents to walk, as well as walking dogs from a nearby shelter. Last summer, the stadium hosted socially distanced outdoor movie nights. 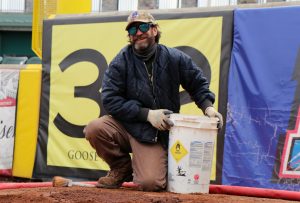 Peter Lawless, a groundskeeper at Palisades Credit Union Park, prepares the field for an upcoming game.

CSEA members working at the stadium take tremendous pride in creating great experiences for Boulders games, but having the stadium as a local resource benefits the community in other ways.

Just before Easter, workers at the stadium, with assistance from the county and other towns, spent two days preparing the facility for a farewell to a local hero.

Spring Valley Fire Department Lt. Jared Lloyd died in the line of duty while rescuing residents of a local adult home engulfed in flames. Prepping the stadium and ensuring safety measures were in place, workers did their part to ensure the 35-year old Lloyd, a father of two, received a sendoff that truly honored his heroism.